This web page is a tribute to the late Bill Edwards and his creativity.  A dedicated teacher of Design & Technology, he was also a very talented potter.  His untimely death was just as he was about to start retirement and indulge his artistry full-time, building upon the collection of timbers and segmented sections he had assiduously gathered over time and pre-prepared.

When the request came for me to see Bill’s work and then to bring some of it to fruition, it seemed both an honour and the right thing to do.  The blocks he had meticulously built were crying out to have their beauty seen and admired.

I had never attempted segmented work and am full of admiration for Bill’s patience, precision and vision for his intricate pieces.  I have endeavoured to reveal what Bill had in mind when he completed the turning blocks.  All I have done is to turn them.  Here are two completed pieces, pictured right.

Bill’s previous creations were an inspiration, and his stunning panels built from veneers also deserve a wider audience.

“Bill’s Bounty” is the name I have given to the limited run of dishes and bowls which I have been entrusted to turn from the segmented blocks that Bill had built.

These select few are being put on show at the

Timothy Hawkins Gallery, Church Street, Hereford, where they can be purchased.  Would-be buyers can also contact me through this website. 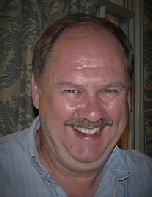